For the London Book fair in March we had set up a meeting with Duncan Lewis, owner of Nordisk Books in the UK. Since the fair was cancelled due to the coronavirus, we instead had a mail chat about literature and being a banker and publisher of translated books.

I’ve heard that you also work as a banker, have you always combined the two fields or what made you start working with literature and the publishing industry?

Professionally speaking, banking came first. I began my career in 2006 and have been in the financial services industry since. However I’ve always been a passionate reader and I made the leap in 2016 to set up Nordisk Books, publishing our first title in the autumn of that year (Havoc, by Tom Kristensen). It’s been fantastic learning about a completely different industry and whilst I’ve of course made mistakes, I’m proud of what Nordisk Books has accomplished over the last few years; it’s always a small moment of joy sending the required copy of a new book off to the British Library, knowing that it will be stored there alongside all these other books published by PRH or Fabers or whoever.

Since 2016 you run your own publishing house, Nordisk Books, with a focus on modern and contemporary Scandinavian literature. How come you got so interested in Nordic writing?

I lived in Denmark for six years in my twenties, which is my main connection with the region. I travelled quite a lot in the Nordic countries in that time and have continued to do so since. There has always been something indescribable that has fascinated me about this part of the world … originating, I think, from a TV program about Icelandic monster truck racing that was sent in the UK when I was a kid.

In terms of Scandinavian writing, it was really an attempt to show that there is more to the literary output of the Nordic countries than the crime thrillers that have become so deeply associated with the region. There is such a wealth of fantastic contemporary fiction from these countries that is often overlooked by the large publishing houses, although it’s great to see that some of the more established indies seem to be bringing an increasing number of Nordic titles to English-speaking audiences, so it’s not just me.

You’re often very brave in your selection. Your publications are often experimental and doesn’t necessarily reach the top sell lists in their own Nordic countries. What would you say is the response from the British critics and readers?

Being a one man publishing house with a full time job to manage as well, I’m under no illusions about how tricky it is to get mainstream critical coverage of Nordisk Books’ titles. Literature in translation is, in some ways, still in its infancy in this country. But it is certainly growing and I think the readers are excited to discover books from Sweden, Norway and Denmark where the protagonist is not an alcoholic divorcé cop, but books which still allow them to be transported to an imagined north. I’ve had nothing but positive comments on all the books we’ve published, excluding a somewhat vitriolic article in the Danish press when I first started out.

We know that it’s hard to sell translated books, almost everywhere in the world, but maybe particularly in the UK. How do you do it, how do you create visibility for your books?

That’s true. Interestingly, I was at an event recently where a bookseller mentioned that he was thinking of setting up a section in his shop specifically for translated fiction. It seemed to be something that was very negatively viewed by some of the translators, perhaps feeling that this somehow devalues the work, but I think anything that helps our books stand out from the masses can only be positive. People are finally waking up to the fact that not everything has to come from the UK or the US, both in terms of TV, where we have had the first subtitled shows since the 80s recently and in literature, where things like the International Booker or the hashtag #translationThursday do give a bit more attention to translated fiction. There is also some evidence to suggest that the anger around our separation from the EU has pushed some people to seek out more European books, so at least one good thing might come out of that.

How would you describe Nordic literature, part from Nordic crime?

Varied! When you think that the Nordic region stretches from the German borders to the North Cape, plus the many islands, as well as reaching over to Russia, it is an area that has many more influences than one would perhaps assume. But in terms of the books that appeal to me and that Nordisk Books has published, stylistically there is a strong line in concise, elegant language which I guess is in keeping with the functionalist design ethic that Scandinavia is known for. There is, as with elsewhere, an interest in literature that blurs the lines between fiction and reality, obviously with Knausgaard but also with many younger authors, and I think the natural world is important to a lot of writers, which is not surprising when you consider the amazing landscapes of a lot of the area. Socially there is perhaps a difference when compared with, for example, British writers. The welfare state exists in Scandinavia in a way that it simply does not here and that contract between state and individual is often somewhere in the background of these novels.

How do you find new authors? Are you working with Nordic agents or do you do the research and read a lot yourself in the original language?

I don’t use agents an awful lot. As I read the three languages that Nordisk Books has published from so far, they tend to be titles that I have come across one way or another and have seen something in that I want to publish. I am in direct contact with a lot of the Scandinavian publishers and their rights agencies, who are really helpful at sending over things that they think might work for our list.

You participated in our Gothenburg Fellowship Program a couple of years ago, when you were quite new in the business. Could you tell us a bit about that experience?

Yes, it was great! I think that was 2017 when, as you say, I was very new to the business and was still finding my way, both in terms of what I wanted Nordisk Books to look like and on a purely practical level as regards contracts, costs, printing, design etc. Aside from the fair itself, It was both helpful and inspiring to meet such a variety of individuals, both those with years of experience and working for very large publishers and, maybe more accessible to myself, those running smaller presses with similar specialities to Nordisk Books. I even went to watch Gothenburg play football with an Italian publisher ... from memory, the standard of the football wasn’t that great, so we probably talked more about books than the game. 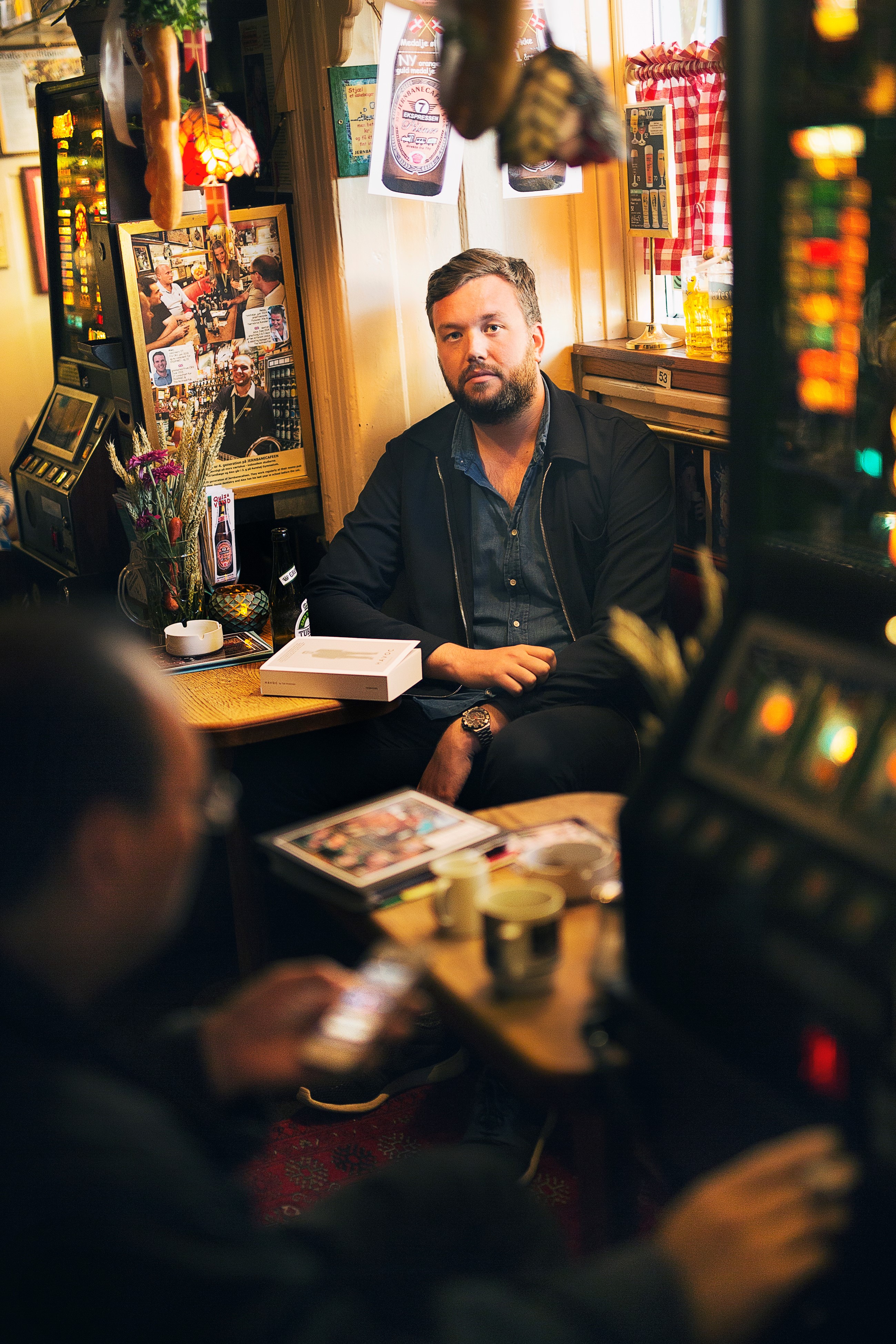 Find out more about Nordisk Books