A Kibbutz in Falun by Kaj Schueler

Ewa Wojciechowska, who translates into Polish, recommends a book about escape and dreams, Jewish history, and a kibbutz in Sweden.

A Kibbutz in Falun is a personal and very touching story of a family that was never reunited. Aided by his parents’ letters as well as his own memories Schueler recreates the story of his family, whilst considering how chance and fate change the course of our lives. Ruth Herz, Kaj Schueler’s mother, arrived in Sweden as a sixteen-year-old girl fleeing Nazi persecution. She left her hometown Bingen in Germany together with her two brothers. Her parents, however, did not succeed in joining them and were killed in the Holocaust. Ruth lived in a kibbutz founded by the ‘Mosaiska Församlingen’ [The Mosaic Congregation] (now the Jewish Community of Stockholm) on the outskirts of the town of Falun. She was planning to travel on to Palestine, but finally decided, together with Schueler’s father-to-be, to stay in Sweden. It is a gripping read: a story of survival, the luck of the draw, and about dreams. 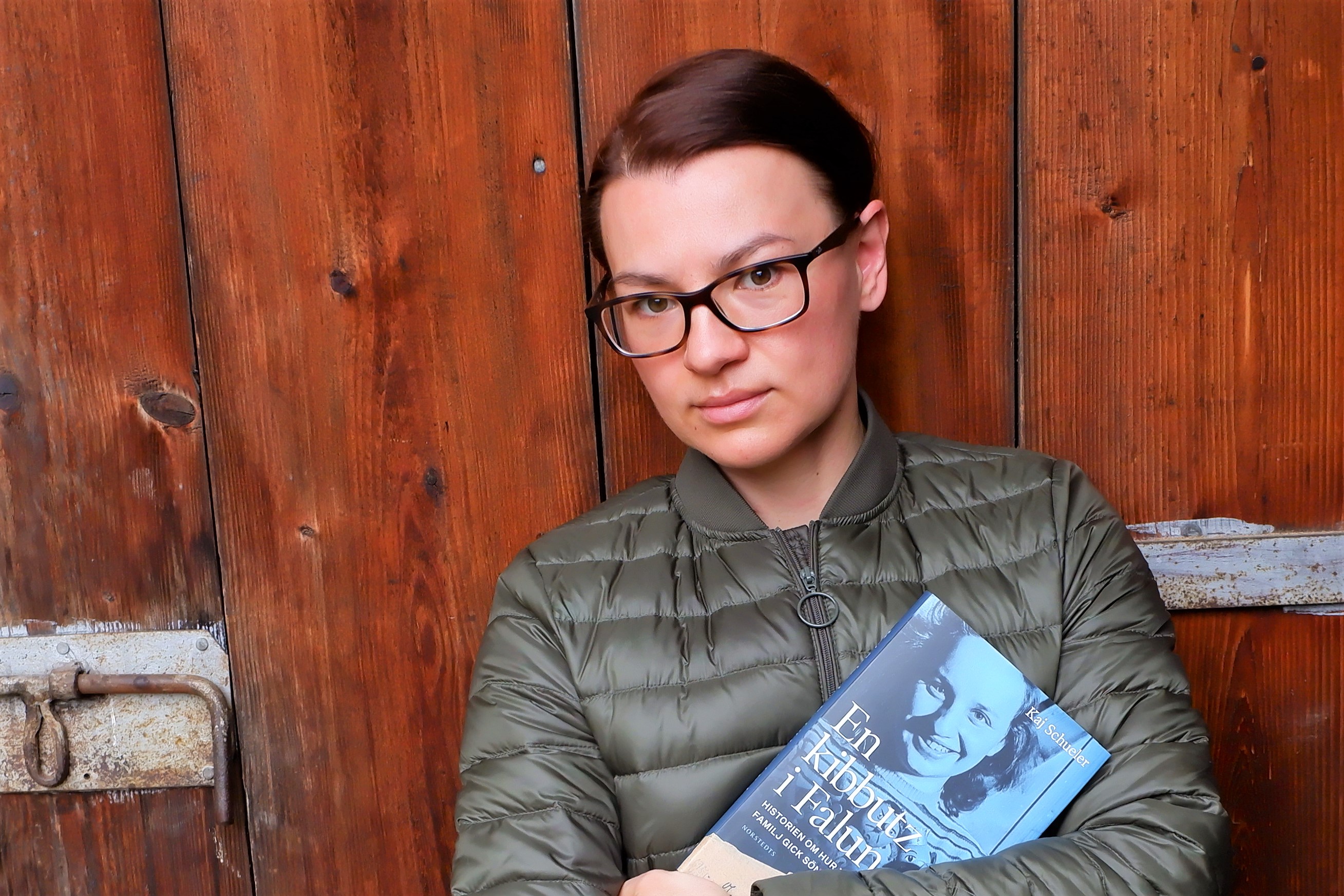 Ewa Wojciechowska, born 1979, studied Swedish at the Jagiellonian University in Kraków. Between 2012 and 2020 she worked at The Polish Book Institute, a publicly funded organisation promoting Polish literature abroad, where she organised Polish presentations at international book fairs (including the Gothenburg Book Fair). Since 2020 she is a full-time translator.