Nadezjda Voinova is one of the most active translators of modern Swedish poetry into Russian. She recommends a novel by the author Carl Johan De Geer, which texts contains many answers to some of the questions of our time.

Jakten mot nollpunkten is an experimental autofiction, a kind of diary novel, by one of the most important cultural personalities in Sweden, Carl Johan de Geer. He is a Renaissance man: a painter, film director, designer, musician and author, inscribed with golden lettering into the political art history of the 1970s. As an artist he is most known for his series of anti-military posters, one of which depicts the Swedish flag with the word ‘cock’ written on it, encouraging Swedes to become pacifists: by desecrating the flag, refusing to carry weapons and daring to be non-nationalistic. As a photographer he took hundreds of photos reflecting the vibrating waves of protests, of excitement, of creativity and sense of freedom that is missing from contemporary society.

The same can be said of his books. Jakten mot nollpunkten considers Sweden through the decades after the Second World War. It shows us examples of amazingly strong artistic will, inventiveness, consistently leftist political protest, the spiritual power of personality, and a humour that allowed him and his friends to survive poverty, homelessness, and for many years the total lack of interest from public institutions. He kept his cool and told the truth no matter the social limitations, family ties or class stereotypes he was faced with.

Despite how long ago the story takes place the text feels incredibly relevant today. It highlights themes such as ecology, gender, artistic and political community, as well as the forming of an artist and the struggle for the artist’s survival in society. I often find myself quoting him in conversations and correspondence, as the text contains many answers to some of the questions of our time. 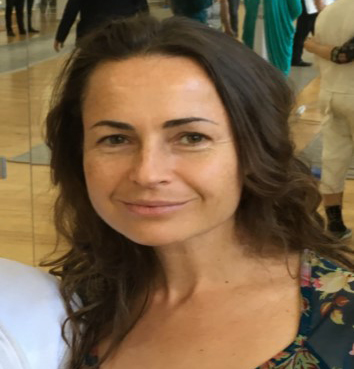 Nadezjda (Nadja) Voinova is one of the most active translators of modern Swedish poetry into Russian. She is also an art historian, who has worked as an art critic and curator for exhibitions in the Ukraine and Azerbaijan, amongst other places. In Stockholm she has conducted a survey of public art. Some of the writers that she has translated most recently include Athena Farrokhzad (UGAR), Malte Persson (LitGOST), Bruno K. Öijer (Aleteya, SPb), Ida Linde (Argo-Risk) and Gunnar Ekelöf (Ad Marginem, Poryadok slov)edu. Nadezjda also translates children’s and young adult literature.