Sebüktay Kaan is a poet who writes in Turkish and Swedish and translates into both languages. In Tranströmer’s poems he sees a simple line becoming great and meaningful.

What fascinates me with Tomas Tranströmer’s poems, and what attracted me to translation, are the unspoken, mysterious connections between images that on the surface appear not to have any relationship. The connections are hidden, and just like the water lily at the bottom of the lake, they emerge with time, flowering, shimmering happily on the surface of the water and giving you a sense of peace. And so a simple line in a poem eventually becomes great and meaningful.

The publishing house Belge has now decided to publish a major collection of poems by Tranströmer. This is happy news and I am proud of my contribution to introducing Tranströmer in Turkish. The collection will be entitled Sanki Gerekliymiş Gibi [As if this had to be], which is a quote from one of his poems. The somewhat hesitant thought of the title really carries a clear message to me: of course it has to be! Our shattered children’s souls, smashed into pieces on the floor, would remain there forever if not for Tranströmer helping us readers to gather them up and take care of them. Now they are saved, perhaps bruised, but still saved.

FROM WINTER 1947 (translated by Robert Bly)

Daytime at school: the somber swarming fortress.
In the dusk I went home under signboards.
Then the whispering without lips: “Wake up,
sleepwalker!”
And all the things were pointing to the Room.

Fifth floor, facing the backyard.
The lamp burned in a terror circle every night.
I sat without eyelids in my bed, watching
the thoughts of the insane run on videotape.

I read books of glass but see only the Other.
The stains that pushed their way through the
wallpaper!
Those stains were the dead still alive
who wanted to have their portraits painted.

Until dawn, when the garbagemen arrived
and started banging cans five floors down.
Those peaceful bells of the alley
sent me each morning off to sleep … 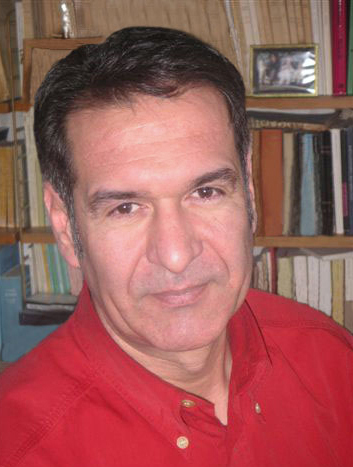 Sebüktay Kaan is a poet who writes in Turkish and Swedish and translates into both languages. He lives in Stockholm and arranges and reads at poetry evenings. Amongst his earlier translations are the works of Nazim Hikmet.
Photo: Lütfi Özkök.